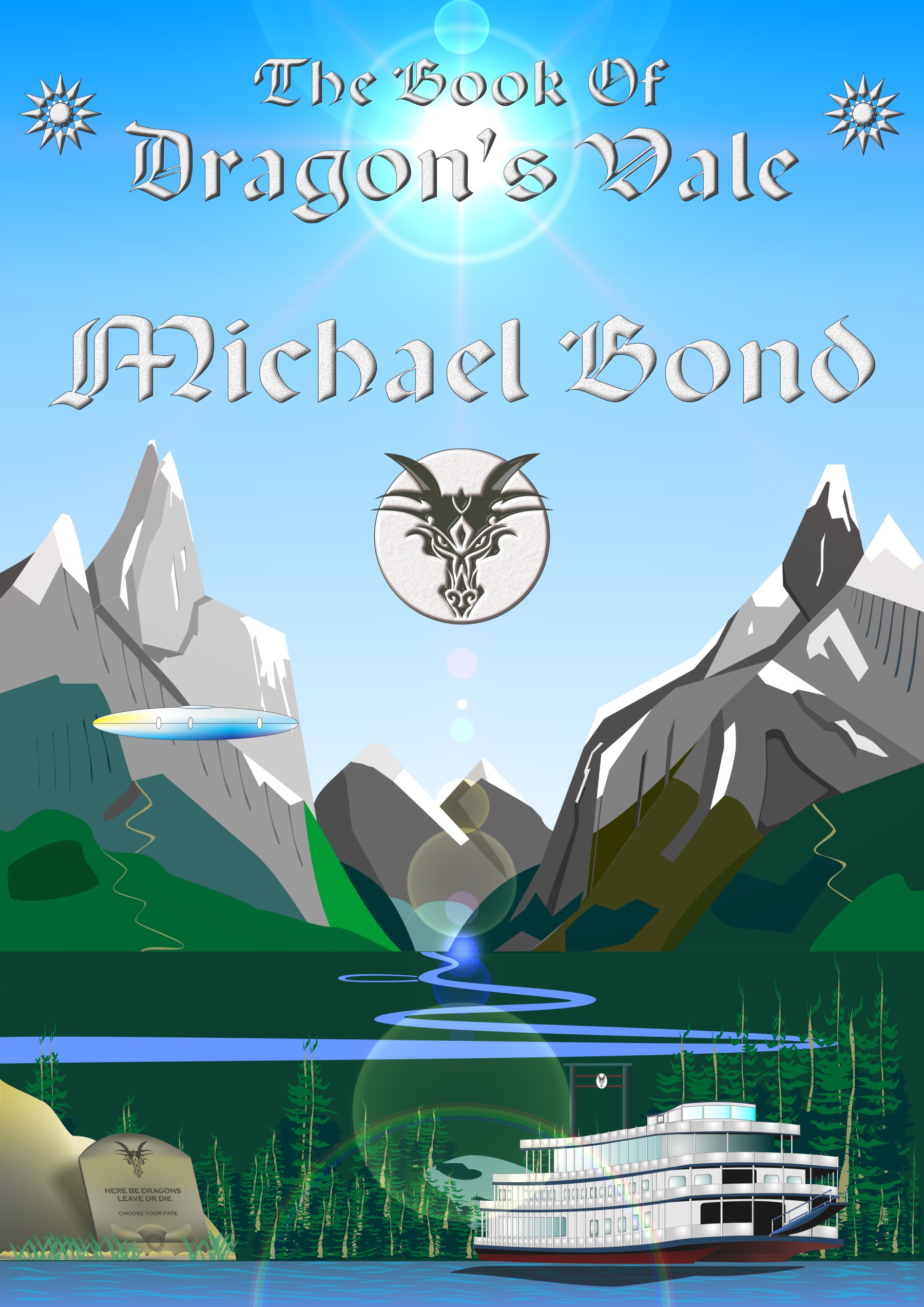 “Dragon’s Vale”   On Earth, in the far distant future, mankind has been transformed beyond recognition.  Evolutionary mutation, horrifying wars and nightmarish runaway technology have condemned the world to quarantine from the outside universe and most people have forgotten their ancient origins.

This is a world in which technology has advanced so much it’s become magical, in which Elves, Mages and Unicorns walked the world as the products of unimaginable advances in science and technology over unknown ages of time.  Their history forgotten, people treat their world as a natural place, with no thought or memory of their ancient origins. Only one place remembers everything – “Dragon’s Vale”, a remote valley by the ocean, created by the most ancient of them all, with powers like gods.

To conquer “Dragon’s Vale” offers unimaginable power, fortune and glory.  But people have forgotten what else lies there awaiting them.

“Dragon’s Vale” is a short story (over 18,000 words) written by Michael Bond and inspired by JRR Tolkien’s “The Lord Of The Rings” and the question – what if it was set in the far, far future?  What if, following Arthur C. Clarke’s Third Law, technology has become so advanced it was indistinguishable from magic and people had forgotten its origins? An interpretation of what happened after those dramatic, mythic events of Middle Earth, the casting down of rings of power and in the thousands of years that followed during the return of men in the world, as godlike powers reach down to lift the world back to enlightenment.

Do you need a new fix for your addiction to heroic battles, dragons and sword fights? Missing out after the end of Game of Thrones on TV? Yearning for another journey into worlds like Middle Earth on a Quest for the Power of Rings?

Originally written in 2009, a new up-dated electronic version is available from numerous eBook distributors as of October 2019. Check it out at your personal eBook distributor of choice, or find it in popular eBook formats here: Dragon’s Vale eBook at Smashwords.

If you want to enjoy more of Dragon’s Vale then download the FREE map here and see where all the events take place.

Television adventure series from the sagas of Dragon’s Vale to be developed, one day? With at least four major adventure stories in Dragon’s Vale, potentially on the heroic scale of GoT and LOTR, there is ample opportunity to create a huge interweaving television drama following the quests, journeys, adventures and misadventures of many of the characters highlighted in the original tale. Wait and see what develops if Dragon’s Vale wins your approval and that of thousands of fans around the world. Would you like to follow the Quest of Armaleon and Agnes The Foul in love, adventure, misadventure, happenings and mishaps, and Very Rude Words, plus swords, lots of swords? How about the adventures and travels of the Ship Of Fools, will those twerps really complete the challenge set them by the Mother of Elves? Or even the barely hinted space-time and world-ranging adventures of the Starkin, who crossed the stars to seek the home of all Mankind, that was lost in quarantine ancient ages ago, and found a new world and a new destiny? Plus other adventures here and beyond. And in the background to it all, silent, mysterious, powerful, waiting to fulfil all their destinies, Dragon’s Vale, the end and beginning of everything.