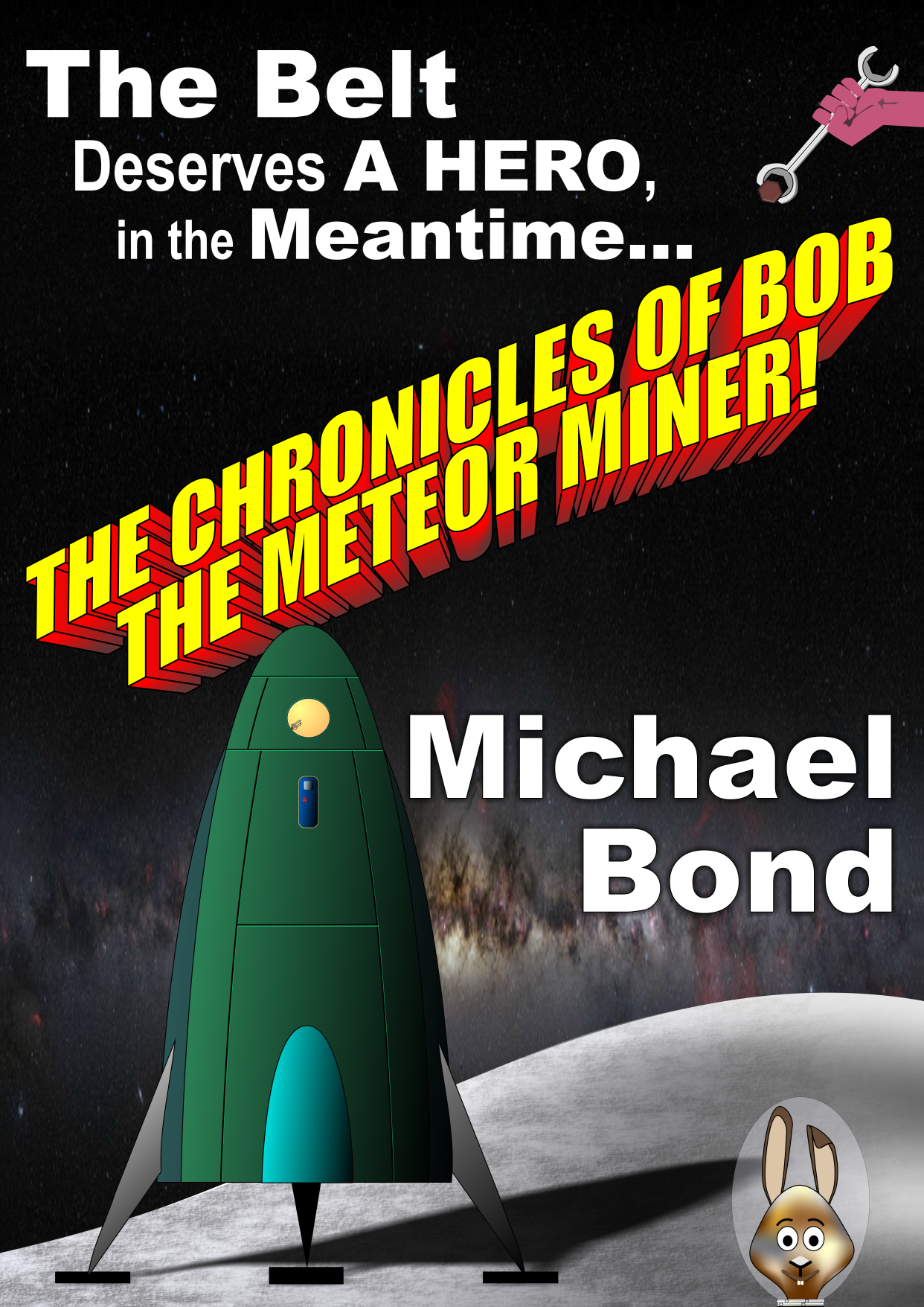 The Chronicles of Bob The Meteor Miner!
Action, adventure, romance and bunnies in the far reached of the asteroid belt and around the solar system!
A collection of stories, one hero and bunnies!
By Michael Bond, copyright 2010.

Welcome to a Hero of The Belt!

Yes! The Asteroid Belt, that mythical world of the future when plucky asteroid miners wrangle and wield their tools of the Future and haul the wealth of the solar system in for Greed! Super science and super greed, the true future destiny of mankind!!

Welcome to Bob, a hard-working plucky meteor miner in the Belt!

Come and share in his adventures as he prowls the spaceways in search of that magical elusive treasure that will make his dreams come true!

Welcome to a new universe of adventure and surprise as the human race hurtles into the unknown with one leap of science and discovery after another bounding into the future!

The Chronicles of Bob The Meteor Miner!! A series of Astounding, Amazing stories following the trails and tales of Bob, Our Hero of the Future!

Set in the near future as mankind’s civilization begins its bold new adventures in Space and Beyond. Follow the exciting, thrilling, astounding and amazing adventures of Bob as he explores space beyond the Asteroid Belt, rises in fortune beyond the dreams of greed, falls into ruins at the hands of Evil before his life takes one stunning and surprising turn after another!!

Read about Bob as he takes on challenges beyond the imagination!!! Giant Talking Space Oysters, Beautiful Space Goddesses, Evil criminal conspiracies that could destroy the human race, and an urgent mission to break through barriers and rescue millions of Innocent Lives!!!

Including The Exciting Adventures:-

Be WARNED, some of these stories contain Bunnies!

Soon, eventually, maybe, possibly to be a major TV series, or perhaps One Big Movie!?

“The Chronicles of Bob The Meteor Miner” is now available for you to enjoy, including the normal 15% free sample to test before you buy. Come and enjoy the adventure, the thrill and the horror today. Search at your favourite eBook / Kindle / Nook distributor, or buy it here in popular eBook formats now:-

Buy The Chronicles of Bob The Meteor Miner now, at online distributor Smashwords